In issue 3/2020, Asylmagazin covered, among other things, two decisions of the German Federal Constitutional Court that strengthen the rights of LGBTI applicants and published a detailed commentary by Philipp Braun, Patrick Dörr (both LSVD) and Alva Träbert (Rosa Strippe).

In its decision of 22 January 2020, the Federal Constitutional Court (Bundesverfassungsgericht) refers to the ECJ ruling of 7 November 2013. In this ruling, the European Court of Justice stipulated that asylum authorities may not point out to gay and lesbian asylum seekers that they could keep their sexuality secret or exercise restraint in expressing it. The decision of the Constitutional Court can now also be referred to in applications for permission to appeal against judgments of administrative courts. The decision also makes it clear that the German Federal Office for Migration and Refugees (BAMF) and the courts in the same way may not advise bisexual persons to consider the possibility of living in secret. 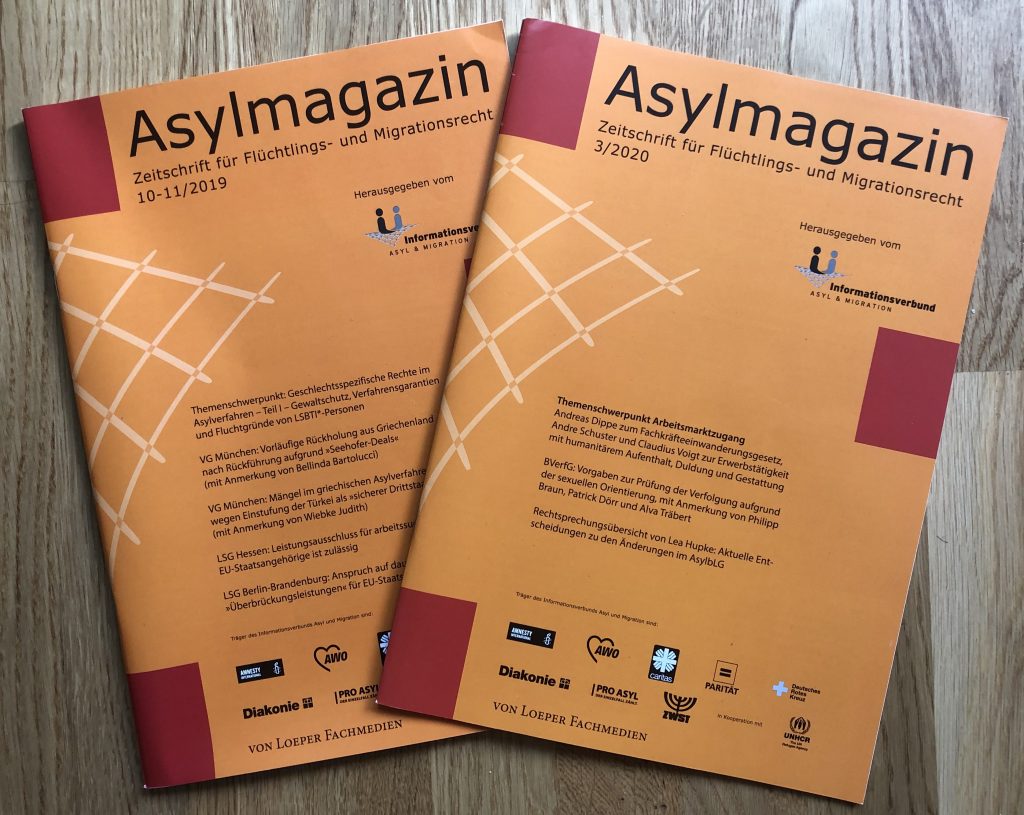 In the 10-11/2019 issue of Asylmagazin, Alva Träbert and Patrick Dörr had already examined the topics of LGBTI+ refugees and protection against violence and LGBTI+ refugees in asylum procedures in detail and provided numerous legal and practical tips for working with LGBTI refugees.