The asylum applications of lesbian, queer and bi-sexual refugees repeatedly pose particular challenges for government agencies in Germany; most especially the Federal Migration and Refugee Agency (BAMF). Many of the BAMF notifications are seized by the courts. Given this situation, the Catholic social “Akademie Franz Hitze Haus” invited the LSVD and four refugee activists to discuss issues related to homosexuality and bisexuality in the asylum process  with judges and attorneys.  The event was hosted as an online seminar of March 16, 2021 in close cooperation with the Catholic Office, the Commission of German Bishops and the Caritas organization.

Patrick Dörr (LSVD federal board member) and Philipp Braun (former ILGA-Co-Secretary General) delivered the introduction and discussed numerous legal aspects with the 41 connected judges, attorneys and BAMF staff members, which time and again play a role in court proceedings combating negative notifications sent to lesbian, gay and bisexual applicants.  Four queer activists, all of them members of the Germany-wide refugee network of the LSVD project “Queer Refugees Deutschland,” complemented the legal debate with reports on experiences made in their countries of origin and with the asylum process: 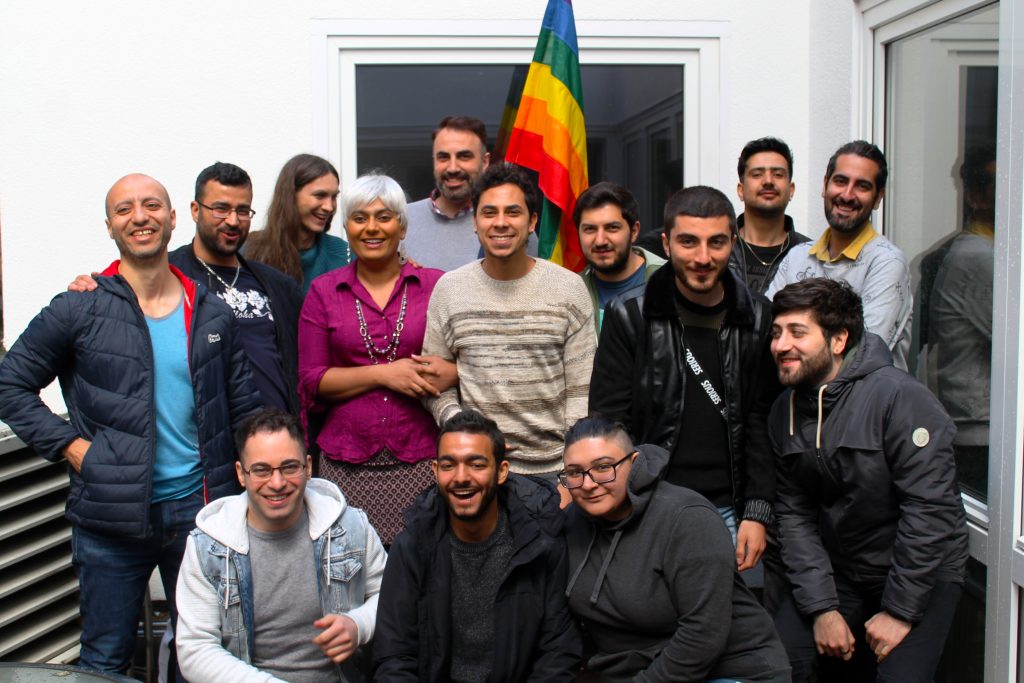 In this context, Ahmad Khalid* from Egypt described the massive problems he encountered during his hearing, especially with an extremely homophobic interpreter. He also recounted the systematic persecution of the LSBTI* Community by the Egyptian government. Apparently, the situation on location saw another catastrophic peak after a concert of the Lebanese band Mashrou‘ Leila in September 2017. Since then, the government has been taking systematic aim at the queer community.

Meri Petrosyan talked about the strongly embedded homophobic attitudes in her home country. Lesbians, gays and bisexual individuals are reportedly exposed to vast homophobic violence without any protection as a result. Accordingly, law enforcement is usually also homophobic and, as a rule, therefore provides no protections. In her experience, the BAMF does not actually acknowledge these societal realities in the relatively small country, where everyone knows everybody and where living under the radar is virtually impossible.

Pamir Ceyhan* from Iran described the immense persecution of queer individuals in Iran, where same sex activities between men can still result in the death penalty. Not only are numerous transgender people who do not wish to have surgeries performed subjected to operations, so are lesbians and gays who are forced to have surgeries and are mutilated by such interventions. Unfortunately, he and his Turkish husband subsequently ran into grave problems in Germany to be jointly recognized as a gay couple and therefore entitled to protection.

“With their four life stories, the activists have once again reminded us of what kind of lives lesbians, gays and bisexual persons are restricted to in many countries where they have to hide out from the government, society and frequently even their own families every single day,” observes Henny Engels, who also attended the event on behalf of the LSVD federal board.

*This is not the actual name of the individual, but an alias.