An article entitled “Sofern besonderer Bedarf identifiziert wurde” (“If special needs have been identified”) recently published in the science magazine “Freiburger Zeitschrift für Geschlechterstudien” uncovers massive deficiencies affiliated to the protection of LGBTI refugees in the violence protection concepts of Germany’s federal states. Authors Alva Träbert and Patrick Dörr compared the states’ violence protection concepts that were available in March 2019 with the measures identified as “minimum standards” for the protection of LGBTI refugees on the federal level. First and foremost, it is striking that of the 16 states in charge of housing refugees, only nine even have such a concept for their state-run shelters.  Not even a third of the measures described in the “minimum standards” for the protection of LGBTI refugees can be found – on average – in these concepts.

The State of Saxony’s protection concept fares especially unfavorably in the scientific analysis with just 5 % of these measures, while the concept of the State of Bremen at least has more than half of the measures in place. However, better protection is urgently needed: in housing facilities, LGBTI refugees very frequently become victims of violence and, according to EU Directive 2013/33/EU, are therefore considered a vulnerable group that requires protection in Germany for good reasons. The lack of established protective measures thus also means – according to Träbert and Dörr – that Germany continues to fail to meet its European obligations in this field. Not having protections in place has an immense impact on the stakeholders. In the fear zone of refugee shelters, they hardly ever find the courage to talk about their needs. As a rule, the fear of being outed is too overwhelming and the prior experiences with the government and society in their countries of origin are too terrifying. 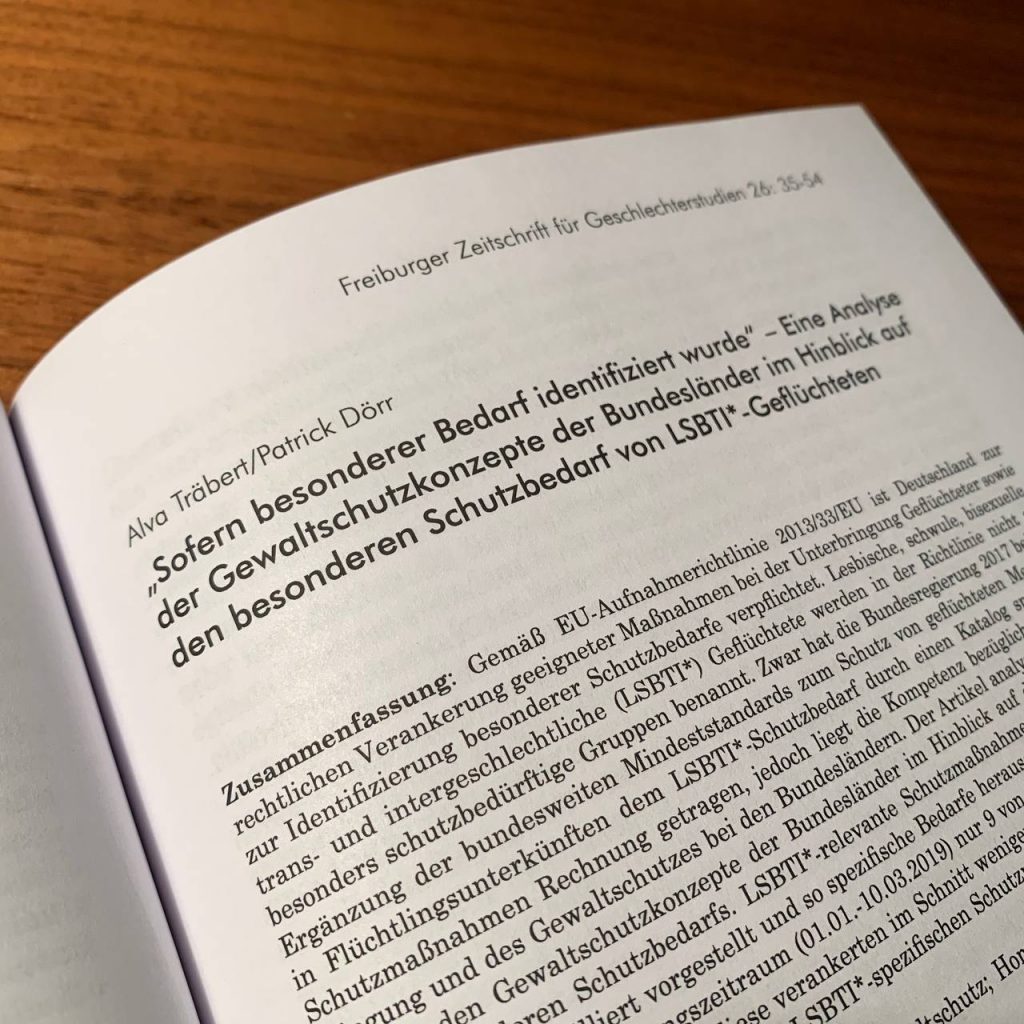 The two authors explain that the failure to offer necessary, trust building measures does not only prevent effective protection against violence at their accommodations, it also keeps many refugees from even bringing up the persecution they experienced at home during the asylum proceedings. “Consequently, it is an urgent requirement that the states better manifest the protection of queer refugees in their protection concepts,” says Patrick Dörr, who has been a member of the LSVD Board since October 2020.