President of the Federal Office for Migration and Refugees Dr. Sommer receives the Lesbian and Gay Association for talks in Nuremberg

On the afternoon of October 1st, representatives of the Lesbian and Gay Association in Germany (LSVD) met with the management of the German Federal Office for Migration and Refugees (BAMF) in Nuremberg to exchange views on various topics concerning the treatment of queer refugees. BAMF President Dr. Hans-Eckhard Sommer had invited the LSVD to the headquarters of the German asylum authority in Nuremberg. The meeting was preceded in the morning by an exchange between the association and specialist departments of the Federal Office.

For the LSVD participated in both meetings federal board member Patrick Dörr and former board member Philipp Braun. The team was completed by Lilith Raza with her many years of experience from the LSVD project “Queer Refugees Deutschland” and Alva Träbert for the project “BeSAFE”. The Lesbian and Gay Association is a cooperation partner of the BeSAFE project, in which the queer counseling center Rosa Strippe in Bochum and the German Association of Psychosocial Centers for Refugees and Torture Victims (BAfF) have been developing a concept since the beginning of the year on how the refugee accommodation centers of the federal states can identify refugees in particular need of protection. In the 90-minute meeting with Dr. Hans-Eckhard Sommer and the management level of the German asylum authority various topics were discussed, on which BAMF and LSVD want to exchange more closely in the future in order to further improve the quality of asylum procedures for queer refugees. 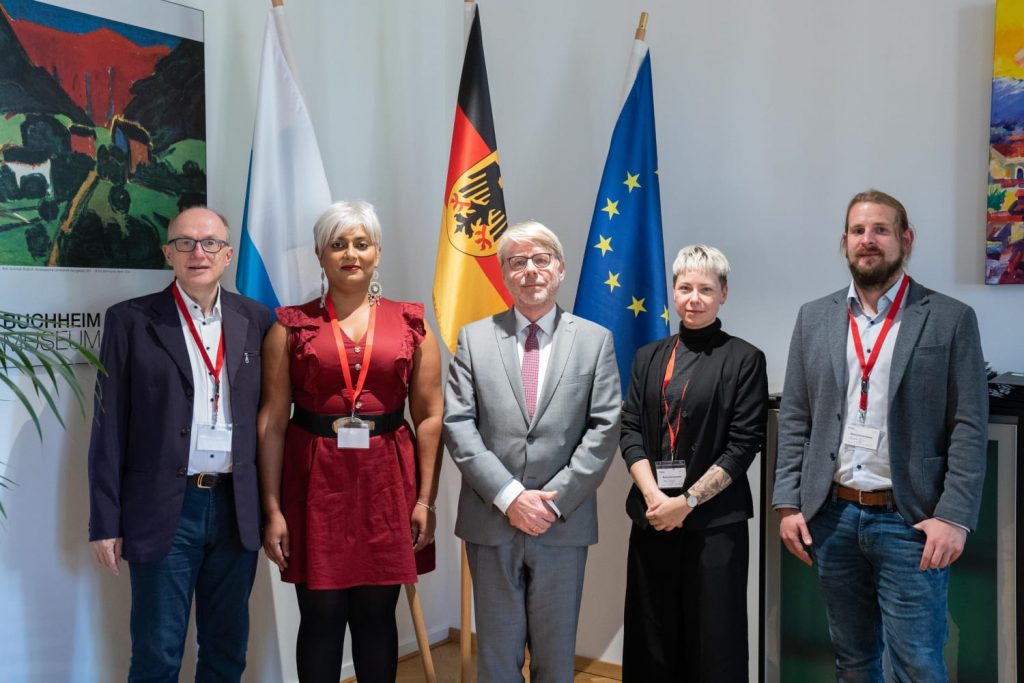 At the meeting in the morning, the focus was on professional exchange. Here, numerous employees of the BAMF from the regional department 4 as well as department 6, which is among other things responsible for the basics of the asylum procedure and quality assurance, took more than three hours of time for the substantive exchange with the LSVD. “We would like to thank Dr. Sommer very much for the invitation to Nuremberg and the employees of the Federal Office for the intensive preparation. We were able to present all our concerns and discuss them intensively. The exchange was very open and constructive,” Patrick Dörr comments on the meeting from the perspective of the LSVD. The LSVD supports lesbian, gay, bisexual, transgender and intersex refugees. Since 2017, for example, the LSVD project “Queer Refugees Deutschland” offers trainings and multilingual materials for shelters and counseling centers, connects refugees and organizations throughout Germany and advises asylum seekers.