On the 15th of November, the national initiative “Protection of refugees in refugee accommodation” held what was already its third networking meeting. The subject this time was the often massive psycho-social pressures that refugees find themselves facing in group accommodation. The LSVD (Lesbian and Gay Federation in Germany) and the “Queer Refugees Deutschland” project outlined their experience of providing support for LGBTI refugees – for whom group accommodation often represents a huge source of fear and anxiety.

This is because it’s especially common for LGBTI people to be the victims of violence in group accommodation. As most of them therefore don’t come out when they are there, their specific needs are also all too frequently not taken into account. In 2016, the partners within the federal initiative developed common minimum standards for ensuring better protection for refugees in accommodation units. These were extended just one year later so that since then the minimum standards have also contained a detailed appendix relating to the protection of LGBTI refugees. The LSVD was involved in drawing up the standards and it has recently also become an official partner of the initiative which was launched by the Federal Ministry of Family Affairs (BMFSFJ) and Unicef. 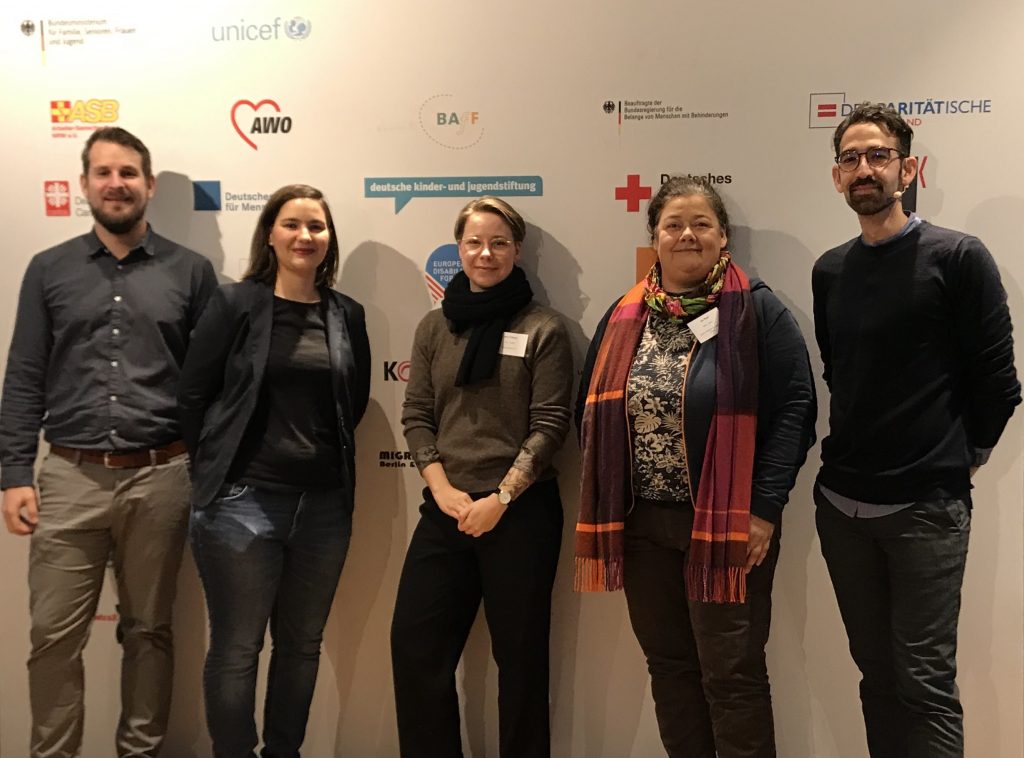 The people attending the networking meeting discussed the “challenges and the approaches and resources” involved in tackling psycho-social pressures. Alva Träbert from the Rosa Strippe support centre in Bochum together with Ina Wolf and Patrick Dörr from LSVD repeatedly highlighted the special situation of LGBTI refugees in relation to the provision of accommodation. In order for LGBTI refugees to talk openly to accommodation staff and to BAMF (The Federal Office for Migration and Refugees), it’s important to raise the public profile of the issue. To do this the “Queer Refugees Deutschland” LSVD project has among other things developed a multilingual poster as well as an advice flyer (available in many languages) which can both be ordered for free by email.